Anti-racism, cults & the coaching community: A story on redefining equitable and ethical business

Pricing is subjective. It’s your values that become the directive.

The lifelong dilemma of “what do I charge” can be addressed in the most ethical and efficacious way possible when we get down to the root of who you be, what you do & who you serve

But first, a little belief busting 😉

You do NOT have to charge high ticket to have a $100k or multi 6 figure business if that does not align with your values.

High ticket is subjective depending on who we’re speaking to—

WHAT DO YOU VALUE
WHATS MOST IMPORTANT TO YOU
Then asking, how would my values show up in my pricing?

2020 I was indoctrinated into a culture that ran the core belief of just charging more, increasing inflation on pricing for no rhyme or reason other than “it’s what I’m an energetic match too”

This isn’t inherently harmful until it’s taken out of context and there’s not questioning around the integrity of what this means.

There was no self reflective assessment

Not to think, not to question, just LEAP & have a blind faith that if you do and be like me, you can have what It all too.

values were never considered or contemplated in the process, it’s all about power defined by the ability to accelerate speed, believe, and do the scary thing

It was for me too

With who I REALLY was

And I started to wake up…

Started to reconcile with the possibility that I’d blindly followed a belief system, leaders and a culture that was counter to my own

Not that I don’t value wealth, money, abundance or freedom

That’s far from the case

But the WAY it was being made

The WAY it was being taught

There were so many conflicting thoughts and beliefs I was navigating

That perhaps when I got to THAT level, the always moving proverbial target of increasingly higher monthly and annual revenue goals,

THEN things would change

Because “I went first”

In fact, the more ridiculous and outlandish the better as if it somehow validated my worth and positioning that I could somehow afford to pay that pricing

…On my health, body, nervous system or overall well being outside of the business

And the real work began

Where I found myself questioning everything

it had to be, look at how large, how popular, how awe inspiring and energetically charged this movement and community is

But the deeper I went into contemplation, unpacking my own values, beliefs and world view

Deconstructing where whyte culture and patriarchal paradigms lived within me

I woke up more and more to recognize

Feeling all of my own trauma bonding, wounding and unresolved healing coming up to be addressed and looked at

Asking the tougher questions, getting really honest with myself of where white supremacy lived in me

NOT standing up, speaking up or doing my own unpacking

Completely unaware of how my ability to previously ignore and feel annoyed with the uproar was a product of my own privilege as a white passing, biracial, hetero cis woman in america

To acknowledge IS NOT ENOUGH

To be aware IS NOT ENOUGH

I needed to go much further, much deeper into my own internalized beliefs, practices and entire model

Those that held similar values and beliefs aligned with sustainability, efficacy, integrity and impact

I began to find home

One that deeply valued integrity, equity, diversity, inclusion and sustainability.

For the first time feeling safe to express my confusion, anger, rage, guilt and shame for where I previously had been in the system

Shout out to Trudi Lebron, Char and the whole AIM team. I love ya’ll.

I started to HEAL

Truly. Slowly. And patiently over time reconnecting with MY roots, MY values MY beliefs that made sense TO ME

Not something aspirational where I felt the need to constantly be reaching outside myself, grabbing at something higher and higher

A folding in, a deepening, sinking, further and wider into myself

Until I went and sought within

It was hard work

To unlearn that deep conditioning and come back to the truth of who I be, what I value and what I need

Heck, my entire identity was in question.

But I was in it, I was all in and completely unwilling to back down.

I took nearly 8 months off marketing or selling ANYTHING letting go of clients, programs and offers that just didn’t quite feel right anymore.

and began redefining EVERYTHING

But this time, through a client centered value driven lens that was TRULY my own.

I began contemplating where the need, desire and validation came from for charging and delivering what I had been, the way I had been

The model, the structure, the price, the deliverables, the marketing, the onboarding, the sales

Letting go of what no longer felt right for me

Instead focusing on what made the most sense for those I truly wanted to serve and support, the legacy I want to leave and the impact I wanted to see.

Asking the questions about who i wanted to be, what I wanted my story to say

What I’ve found is that this….

This is truly courageous work

To go against the grain of what’s popular, hip, hype, or where everyone else seems to be to instead, go deep within yourself and clarify what matters most to you so you can create in a way that honors all of who you be.

But… IT IS POSSIBLE

It’s possible to be wildly successful, profitable and impactful in a way that truly aligns with what you value at your core

A model that’s truly all your own

One built on principle

Personalized to each individual

Ive made a promise to myself,

To no longer focus on the counter culture but rather to channel all my sacred rage, creativity, and energy into building what I believe in

Redefining and constantly realigning to my own damn lane

To let go of the need to compare or compete and instead, just recognize what’s not aligned with my values and leave it be

Instead of fighting against what I don’t want to see

There’s a stillness, peace and ferocity that’s dancing within me

And I am so grateful to be doing this work.

There’s nothing like a soul shattering ego death to remind you of what matters most in life and bring you back to a place of doing what you were meant to in the world.

So I ask you

What do you value most and how is that being reflected in the way you run and build your business?

Your heart, your courage

Your strength, your vulnerability, your desire, your tenderness

I see in you the same magic, awe and wonder i see in me

And I want you to know,

Just like I’ve had to be reminded and told again and again on this journey….

You are NOT alone.

There are people who see the way you see, value what you value, need what you need and they are there…

Waiting for you, for me, for each of us to speak up, come back home to the truth of our souls

To remember the magic of who we innately are

To let go of following crowds

and get back to doing the real true healing work.

Let’s make some magic happen in the world.

PrevPreviousHow I survived the first year of motherhood.
NextEP #01: Learn Who, What And Why You Are Here By Mastering Your MindNext

Past blogs and stories... 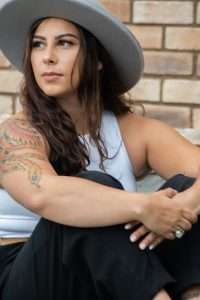 Why I Stepped Away From A Multi Million Dollar Business Opportunity

I’ve been pondering this convo for a while and the more I sit with it, the more now feels like the right time to open up about this For those that have been following me for a while now, you’ll know that in 2020 I had made some big (okay, huge) financial decisions to jump

This year has been rough, and even your MMM hosts were not spared from its brute force. Dan Mendilow and Sophie Kessner return to the show once more to share some updates on themselves and the show in these past few months. This time, they focus on Sophie’s birthing experience and how it relates to metaphorical birthing experience that we are all having in these challenging times. Dan

EP #124: A Step Through Time: Updates And Upgrades

Since the year 2020 began, there have been many unexpected things happening around the world that have somehow made people hyper-polarized. Everybody’s in their own little universe doing their own little thing, down to the point of arguing what reality is, what’s happening right in front of our faces, and what isn’t. On today’s show, Let’s Be Fam on the gram 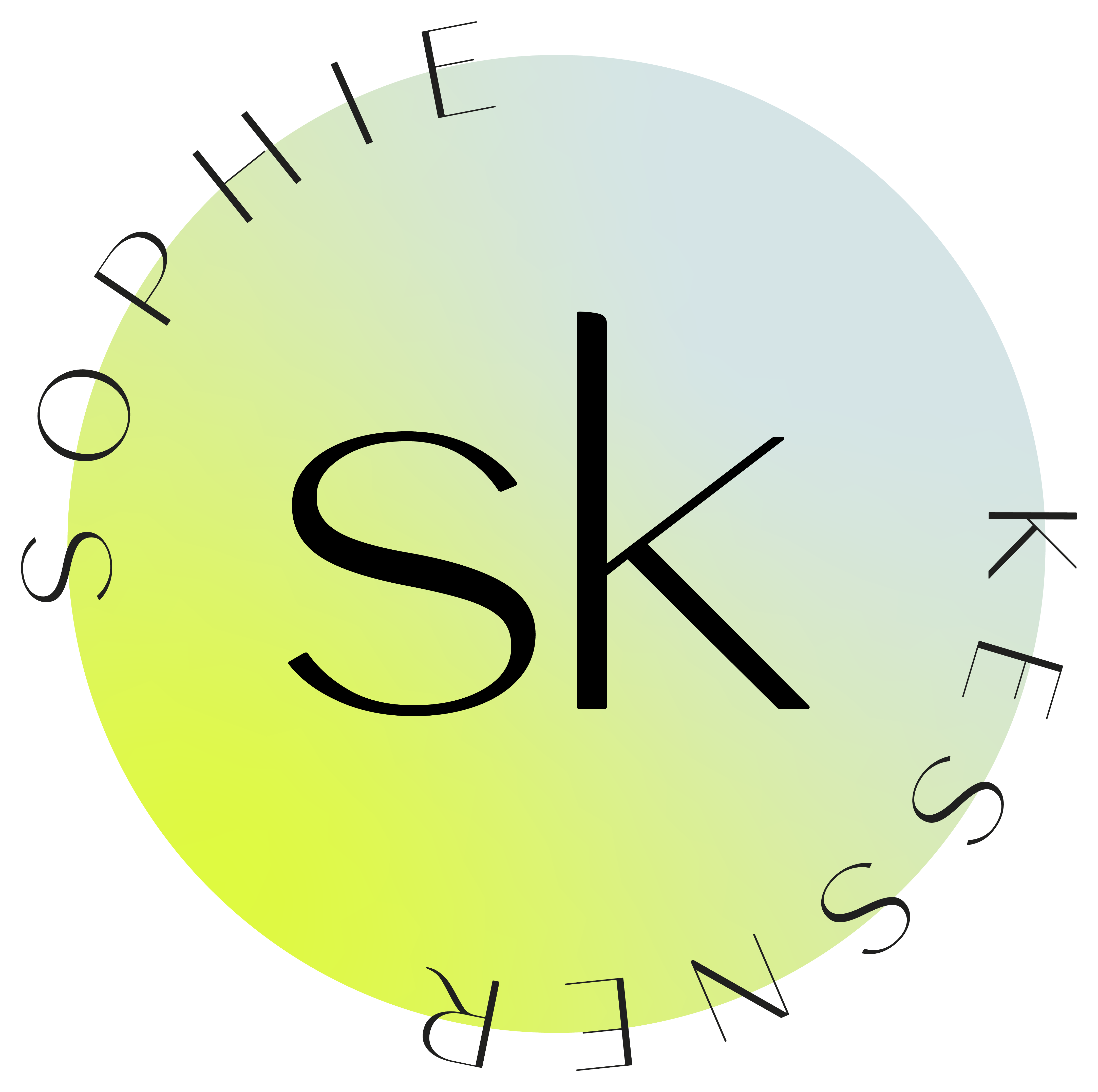 Join The Waitlist and Receive an Exclusive $500 off The Course When Enrollment Opens!

Join The Waitlist and Get $500 Off Your Enrollment Fee!

*Don’t worry, we’ll never spam you with irrelevant content or information. You’ll just be the first to know when the course opens and receive an exclusive coupon code to save $500 upon enrollment!

Ready To Explore Working Together? Just Pick a day + time that works best for you to drop in with Soph on zoom <3

You're Almost There, Just Tell Us Where To Send The Sacred CEO™ Sustainable Scaling Business Strategy <3


We will never spam you or share your email with anyone. In addition to the meditation you’ll also receive semi-regular email updates with tips, tools, encouragement, offers and exclusive resources. All emails include an unsubscribe link, you may opt-out at any time. Read our Privacy Policy to see how your data is handled.