Ready To Break Up With Toxic Launches?

In this episode, we dive deep into understanding the pros and cons of Launch Marketing versus Evergreen Marketing and how to know when it’s time to pivot in your business. 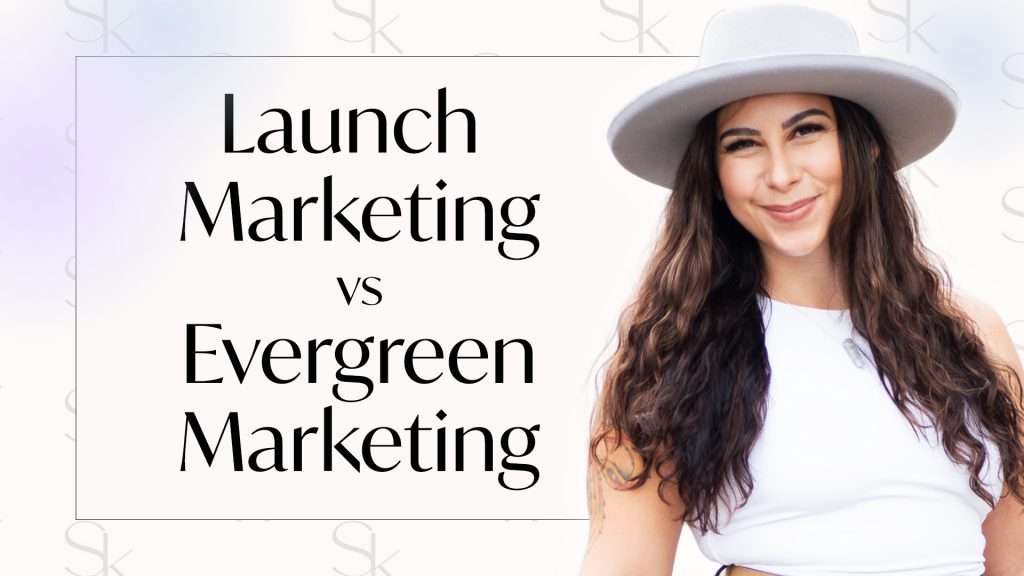 EP #106: Connecting The Mental To The Physical: Javier Gutierrez On Health

People like to separate physical and mental health as if they belong to separate, independent spheres of being. This couldn’t be further from the truth. The real fact of the matter is that if one deteriorates, no matter how hard we might try, the other one does, too. Dan Mendilow and Sophie Kessner chat with mind and body expert Javier Gutierrez. In his field, Javier helps people find empowerment to

Award-winning writer, director, and producer of both television and film based in LA Justin Simien is most notably known for creating, directing, and producing Dear White People which won multiple awards, received a 95% rating on Rotten Tomatoes, and just released a third season on Netflix. Justin is also a gay black man who made a name for himself in a predominantly straight white industry who went from dead broke

EP #97: You Won’t Believe This: Real Experiences From Inside A Spiritual Cult

Dan Mendilow shares the story of how he got into a spiritual cult that changed his life. The shifts he experienced directly led him to finally curing the last of the lifelong near-suicidal depression, healing his adrenal fatigue in two weeks instead of multiple months, and building a thriving six-figure business in six months. In this episode and for the first time, Dan reveals the mind-bending experiences that took him

EP #94: So Many Life-Changing Transformations In Just One Year!

Who knew that so much could change in just one year? Hosts Dan Mendilow and Sophie Kessner rarely take the time to reflect on just how far the show has come in the last twelve months. It feels like ages ago that they started this podcast, and they were completely different people back then! In this episode, Dan and Sophie interview each other as they go back memory lane and

EP #92: How Letting Your Freak Flag Fly Could Make You Rich

If you want people to read and engage with your posts, ads, and offers, you have to make them feel connected to you. They have to feel like you’re talking about and to them, and hit them in an emotional place that pushes them to respond. The best way to do that is with polarizing content that will turn some people away and others into die-hard fans. Polarizing content can

The relationship between men and women has always been confusing even when many would debate otherwise, because the truth is, men and women are different biologically, psychologically, and spiritually. Relational alchemist and international speaker Stef Sifandos joins host Sophie Kessner to help clarify this confusion. Acknowledging how many men are confused in today’s world, Stef suggests that the way to get rid of this confusion is by creating healthy relationships

Most of the women desire to change, shift, and fix their body. Many of us are disconnected from our ability to recognize that we have all of the answers, even when it’s something with our body. Holistic health and mindset coach Julianne Vaccaro shares how women can reclaim their feminine power through holistic health and spiritual psychology. Julianne dives deep into the essence of addressing every single area of who

Many people believe in practical magic while others don’t. Regardless of that, many have proven its existence through spiritual and physical evidence. David Solomon, author of Magic is Real, offers proof that magic does exist and that it can be used in our everyday lives. He teaches people how to grow their businesses, heal their bodies, improve their relationships, and manifest their dream lives using spiritual techniques backed by scientific research.

EP #85: Alchemizing From Your Highest Excitement with Brandon Bozarth

Passion and excitement aren’t only the doorways to the path of least resistance and the highest expression of yourself, but it’s also the doorway of your connection with that source. Brandon Bozarth, the Founder of IIST, shares his unique insights on how passion and excitement can lead to goal fulfillment and success in life and business. He discusses about the process of relearning how to live the way we were

EP #83: Discovering The Path That Leads To Your Purpose

How much are you enjoying your life and your business? Frequently, we lose our passion and struggle in the path of building self-identity when we are totally burnt out from what we are forced to enjoy doing. Most people who are not coming from the core of their fervor tend to self-sabotage and hit the plateau, sacrificing their relationships and business. Today, we break down the common traps we face

Ready To Get Your FREE Custom Scaling Strategy?

It’s time to find out exactly what’s keeping you stuck in your business and how to breakthrough the bottleneck once and for all.

Looking For Something Specific?

Shoutout to everyone who took pictures and videos

Not hitting your goals when you have a business ca

You have an amazing offer or service .. but you ca

Let's be fam on the gram

Find out exactly what your biggest business bottleneck is that’s keeping you from the growth and success you deserve in your AND how to overcome it.

Join The Waitlist and Receive an Exclusive $500 off The Course When Enrollment Opens!

Ready To Explore Working Together? Just Pick a day + time that works best for you to drop in with Soph on zoom <3

You're Almost There, Just Tell Us Where To Send The Sacred CEO™ Sustainable Scaling Business Strategy <3